Get a VO Rate Quoteinfo@juliesvoice.com

My voice is heard on advertisements, eLearning narration, corporate productions and many other media platforms for clients from all over the world including...

See what others have to say. You're in good company!

We were specifically impressed with her interpretation skills

Julie was an absolute pleasure to work with and a consummate professional in every way. The overall quality of her voice is wonderful but we were especially impressed with her interpretation skills. She provided reads that were exactly what we were looking for with very little direction. Her turnaround time was amazingly fast and she was very prompt in responding to our communications. I would highly recommend her to anyone and definitely plan to utilize her for future projects myself.

She is always reliable

Julie is absolutely amazing!!! She is a true professional who always does a wonderful job. She has voiced projects for me since 2012. Not only is she a great asset to my video production business, but she's always reliable, provides a high quality product, and consistently exceeds my expectations.

It is always difficult to find great Talent.

You know, the one who delivers on time, is highly professional, can read anything from children's books to chemical formulae thru to banking and business scripts, and still deliver very high quality audio with a smile in her voice.

Well that's Julie Carruth, and I cannot recommend her highly enough. Feel free to contact me for further info.

She does excellent work

I can't count the number of voice over gigs for which I've cast Julie. From radio & TV commercials, phone messaging, e-learning, awards show announcing, Julie can do and has done it all! She does excellent work, is efficient at it, and just a whole lotta fun to work with!

Hiring a female voiceover should be easy-peasy

You're busy. You don't have time to listen to hundreds of auditions. Let me be your go-to female voice talent. I’ll record your project and deliver broadcast quality audio fast, saving you time and hassles.

Email me your script

Email me the details of your project. For example,

I'll record your project within 24 business hours (sooner if needed)

Once I receive your details, I will send you any questions (if any) that I have about the voice over work. I will email you a rate quote. Once you approve the project, I will proceed with recording and editing it in my home studio.

Once I complete your project, I will email you a link to download the audio files. Once you approve the audio, I will send you an invoice for the completed work.

Hi! I'm Julie. As a professional female voiceover artist, I love the challenge of inspiring others through powerful storytelling. Armed with the right words and an engaging tone of voice, I strongly believe it's possible to move people, inform them on issues or topics, and ultimately, change their behaviors for the better.

Whether I am enticing TV News audiences to tune in for the next report or narrating a business video, my mission as a voice over artist is always the same – deliver your story with a fun flair and entertainment value. After all, great communication happens when everyone falls in love with your heartfelt script as much as your clever punchlines.

Ready to join the thousands who put their trust in my voiceover work? Let's start creating an amazing story today! 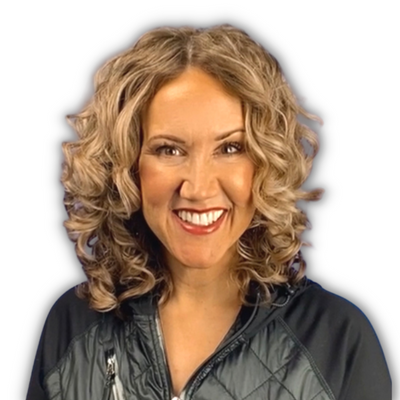 Let's Get to Know Each Other!

So, I don't want this to feel like another voiceover website where you have no idea who you're working with, who's talking to you, and so on.

So, here's me breaking the fourth wall:

When it comes to voice acting, I am here to make your job easier. This is what working with me as a voice actor looks like...

I'll take the stress out of getting your project completed on time. As a full-time professional female voice over actor, I can provide quick turnaround for multiple projects. I understand that time is of the essence, which is why I'm able to provide most audio in less than 24 hours and even sooner if needed during urgent situations.

Working with me, you can be sure that your projects will always have exceptional audio with pristine clarity. My recordings are free from background noise and interference, so you won't ever hear cars driving by, planes flying overhead, annoying mouth noises or any other unwanted distractions in your audio.

As a voice actor, you can trust me to always be here for you. With over two decades of experience in voice acting, I can confidently guarantee you the best results for your projects. Throughout my extensive career as a professional talent, I have worked on a wide range of projects and have honed my skills to ensure the entire process is a wonderful experience for the client.

When you work with me, you can rest assured that I will be here when you need an update to your project – whether next week or next year.

As a professional female voiceover talent, I take my craft seriously. I have sought out and trained with some of the best in the industry such as Nancy Wolfson, Randy Thomas, Marc Cashman, and many more.

It is important to never stop learning and improving with voice acting. It is essential to keep up-to-date with the freshest sounds and the changing landscape of the industry. Even if performers feel they have mastered their craft, there are always new trends and ways to improve.

At my home studio, my audio equipment offers a professional and broadcast-ready sound that will require no additional effort on your part. I attribute this to the financial investment I have made in the latest technology in high-end microphones, digital interfaces, and Mac computer.

I'm able to capture crystal-clear recordings with no background noise. My gear allows for precise control over every aspect of the recording process to ensure the finished product is top-notch.

From commercials to eLearning courses to tv promo projects, I have all the necessary tools to bring your vision to life!

As a professional voice actor, my Home Studio Equipment includes:

This microphone is an ideal choice for a voice over artist due to its superior quality and ability to capture the subtleties of the human voice. Many of the best female voice actors use this mic.

The Apollo Twin Interface is a powerful tool for voice talent due to its impressive audio quality and ability to capture the nuanced differences in vocal performances. It offers a professional voice with an amazing voice that requires no additional effort or manipulation on the part of the user.

Adobe Audition is an ideal editing tool for voiceover artists, as it offers a wide range of features to help perfect audio recordings. Its intuitive interface and user-friendly design make it easy to fine-tune audio recordings with precision and accuracy.

Mac computers are an ideal platform for voiceover talent, thanks to their powerful hardware and software capabilities. They are equipped with the latest processors and graphics cards, allowing for smooth operation with no lag or slowdown. Furthermore, Macs feature advanced audio technology that is unparalleled in any other platform.

How much is searching for a voice actor costing you?

Finding a female voice actor for your project can be a time-consuming and frustrating process.

You can spend hours listening to all the different female voice talents available.

You can waste precious time finding the best voice talents who fit within your budget and is willing to work with you on negotiations.

All of this searching and negotiation with voice talents can add up quickly, taking away valuable time that could have been used creating or working on other aspects of your project.

Save yourself some valuable time by committing to one female voiceover artist with a great voice quality like Julie Carruth...one that you know will be there whenever you need her.

Female Voice Over Roles Are Expanding

The demand for professional female voice actors is on the rise as more and more companies are looking to reach a wider audience by diversifying their casting. From commercials to audiobooks, virtual reality video game (video games) to documentaries, there is an increasing need for talented female voice actors who can bring unique perspectives and nuanced performances to any project.

Professional female voice talent do amazing work in providing an invaluable service in helping brands create content that resonates with all audiences, regardless of gender or background.

With production budgets often limited, many companies are turning towards experienced female vocalists who can deliver quality work in a timely manner while still achieving the desired results. By hiring these professionals, they can ensure they get the best possible performance from their investment. Ultimately, it’s clear that female voices have become essential in today’s broadcast landscape – making them one of the most sought-after talents around!

Women's Voiceovers Can Cut Through

Female voiceover talents are increasingly being seen as more trustworthy and reliable than their male counterparts. People perceive female voiceover talent as having a deeper connection with them and a friendly voice which can help create an atmosphere of trust when delivering important messages.

Additionally, voice over research has found that people are generally more likely to follow instructions from female voices than from male ones due to the perceived level of authority they have over the message being delivered.

Female voiceovers have become invaluable in today's media landscape because they offer an alternative perspective and contribute unique nuances that can cut through any audience’s noise pollution.

When it comes to advertising, this means that companies may want to consider using a female voice for their campaigns. This could help boost acceptance and sales of their products/services over those of competitors whose ads use male voices.

On the political side, the psychological trend is even more important as it can influence how people vote for candidates in elections. When faced with a choice between two politicians - one with a female voice, the other with a male voice - people are said to tend to be more likely to choose the former due to their implicit trust in her words.

To wrap things up, there is something undeniably powerful and reassuring about female voices that encourages us to believe whatever they say. In an age where truth and fact-checking seem increasingly scarce, this can be immensely useful in helping people make informed decisions on matters of importance.

If you're ready to hire a professional female voice actor, you can get a custom audition or voiceover service quote quickly.